thoughts on ego and guilt 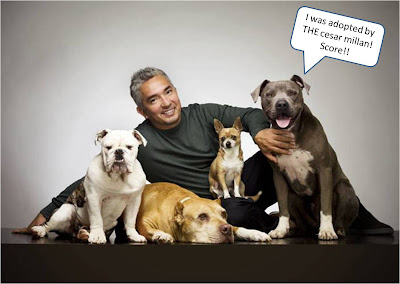 we have officially been initiated into the omg-the-adoption-agency-called/emailed-with-a-potential-placement club. almost every adoptive family has an example of the first time they received a call/email  from the agency that ended up not being what they thought it would be.

yesterday NM and i received an email titled "potential placement". the excitement rushed through my veins as i read the email. ill cut to the chase and say up front that its not the right placement for us. boo hoo. the email however is still sitting with me for lots of reasons.

the story of this placement includes 3 kids.... a 10 year old boy, an 8 year old girl and a 4 year old girl. the agency is looking to place all three kids in the same home and is hoping to avoid multiple placements (meaning that they want to find someone to fully adopt all three, not a foster situation). all three of the children are survivors of sexual abuse and the youngest was born addicted to drugs/alcohol.

NM and i immediately thought, "um, going from zero to three high-needs kids?!? hell no!" and then, there we were, 5 minutes later, driving for hot wings and having a somewhat serious conversation about it. and by "conversation" i mean that we were both staring out the car window exchanging random sentences.

"omg, that would be bananas"
"three kids? i wouldn't even know where to start!"
"the sexual abuse is concerning. especially given that the boy is the oldest. he would need intense therapy"
"i feel like the work we both do could provide us with the necessary skills to handle this situation"
"i don't feel like i know enough about child development to like, start off with non-newborns. like, if you have a baby you get to watch them develop in stages...first they learn to talk, then they learn to count, then to read, ect. but with this situation its like, blamo! a 4 year old. like do they even know their colors at that age??"
"i wish the boy was the youngest. i would feel better about the possibility of taking them, and the possibility of his recovery, if he wasn't the oldest"
"i wonder what the rest of the story is"
"id feel better if it was only two kids. but three?"

in the end, we have decided that this isn't for us. its not the right timing, or situation. whats bananas (apparently "bananas" is my word of the day, sorry.) is how guilty im feeling about saying no. its like i have this scholarship to give away and im determining who gets to have it. yuck.

up until this point, so much of the focus has been on whether or not other people would pick us... the adoption agency, the social workers, the birth parents, etc. for 2 years we have been the ones up for evaluation. from laboring over our portfolio in the hopes that it would "get us picked"... to reading as many books/stories as we could in the hopes of learning about how birthmoms decide "who to pick"... its been nonstop marketing and selling of ourselves. yesterdays email put us, for the first time, in the position of the "picker". (ew, that sounds kinda gross. sorry again.)

and..... (warning: this next part is gonna come off sounding totally arrogant but i trust that my fellow TTC bloggers will understand what i mean)..... i think about these kids, and what they have been through in their short lives and i cant help but feel like they deserve us. they deserve the great home that we would no doubt provide. its not that i think other adoptive families suck... its just that i really really really believe that we will be the. best. parents. ever. (and yes, i realize that by writing that sentence i have now probably destined our child to a life of crime, addiction and self injury. stupid karma.)

i guess what im meaning to say is that the TTC process has a way of making couples develop an ego about what great parents we will be. if i had a dime for every time i asked the question..... "why would god choose to give (insert the name of unplanned pregnancy) a baby when we would be such great parents?!!?"... i would probably have enough money to cover invitro. as infertiles, we spend HOURS day dreaming, talking and planning our life with kids. so its easy to get caught up in that and feel like any kid would practically win the parent-lottery if they get to live with us.

i recently watched an episode of the dog whisperer where this super aggressive (read: misunderstood) pitbull was about to be put to sleep when cesar decided to adopt him. if you dont watch the show this analogy will be lost on you but dog whisperer fans will know that this dog was probably like... OHMYGOD! i get to live with THE cesar millan??!! SCORE!!

that's how i feel when i think about NM and i as parents.

so along comes this email... with this sad story about these kids who have experienced pain and violation... and here i sit feeling like shit about not taking them. how are we supposed to feel ok about saying, "nah, we will pass" when we have wanted a kid for so long? *sigh* and its especially hard given the work that i do around sexual violence. i mean at the very least we can guarantee with 100% accuracy that these kids will never ever be sexually abused by their parents. isn't that the least they deserve? *sigh*

and then i get concerned because we fight so hard against the "savior" narrative that surrounds adoption. like adoptive parents are some friggin heroes because we are "saving" babies from "terrible" (read: poverty) situations. (more on this later in the positive adoption language post) yuck. its gross and very easy to be sucked into that with situations like these.

the truth is that any family would be lucky to have these three kids. and i believe that there will be another family with the financial resources to better support them in their recovery and growth. a 10 year old male survivor of sexual abuse needs almost constant supervision and a shit-ton of therapy. im hopeful that whatever family is lucky enough to have them will provide them with the love and stability that they deserve.

the other thing that is sticking with me is the timing of this email. here we are planning for holiday travel and day dreaming of holiday joy.... and at the same time, in our own community, there are three little humans whose future is weighing on an email sent out to strangers. when these kids grow up and tell the story of their lives, they will say "and then in november of 2010, a caseworker sent out an email trying to find me and my siblings a family". very humbling and reason to give thanks for all that we have.
Posted by Jersey at 11:51 AM 6 comments:

once upon a time there was a small city nestled in the mountains. in this small city there lived a big corporate-style-conglomerate church called the Church of Hypocrisy, Oppression, Damnation and Exclusion (aka: CHODE). the members of CHODE spent all day and night praying for the elimination of evil things like world peace, people of color, premarital sex and a women's right to choose. above all else though, CHODE prayed day and night for the elimination of the world's biggest evil-doers.....

CHODE was SO committed to eliminating the queers that they even offered free classes to help former queers stay on the straight-and-narrow (pun intended) path of righteousness that only a true (read: money-donating) christian can enjoy.

what, you might be asking, does this story have to do with a TTC blog??

well, much to my dismay, two... count them TWO...  of the four couples in our recent adoption class were card-carrying, flag-waiving members of CHODE. and, to make matters worse... one of the couples is actually a friggin PASTOR at CHODE (and when i say "one of the couples" im clearly referring to the husband. lord knows that the little lady aint allowed to preach-tha-good-word while owning a menstruating vagina).

you can imagine my face when the cheery introduction round started off like this...

caseworker: ok everyone... lets start the session off by learning a little bit about each other. please share your name, hobbies, how far along you are in the adoption process and what brings you to this class today. how about we start with the couple to my right?

barbie and ken couple to the caseworker's right: hi, my name is ken and this is my wife barbie. i am a pastor at CHODE and my wife is a barefoot stay at home mom to our three beautiful children who were conceived with out a problem, for free and only AFTER we were legally married. we dont have fertility issues like you barren freaks and are only here because we hope to become foster parents. we have tried to be cordial and respectful to the other two couples in this room who dont attend CHODE... but only because we are secretly praying for your souls and for the souls of your future children as they attempt to navigate a life that will no doubt be misguided by your sinful ways."

fine, ill admit it. the above might be a teensy weensy bit of an exaggeration... but its pretty damn close to what i heard them say. naturally, im still processing (read: reeling in anger) from the experience so i will stop here, breathe into a brown paper bag and try a new post that contains highlights from the class with (slightly) less sarcasm. all in all, it was actually a pretty good class and well worth our time. details to come soon.

in the meantime, let go and let god.