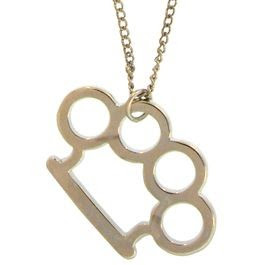 we had a meeting with our adoption agency this morning to finalize some paperwork and hand in four copies of our portfolio. M1 was home sick for the day so we met with the Executive Director of the organization (we will call her Ed) who was actually the person we met with waaaay back in the day for our first initial info session. Ed is super cool too... a little intense and kind of aggressive... but still real cool.

she gave us a copy of our "evaluation" to review and  a red pen to mark corrections or errors. the "evaluation" is basically a summary of the home study and personal interviews that we have done. the caseworkers then issue scores in various categories and if your score falls in an acceptable range, you are officially licenced, approved and given the "ok" to adopt.

the scores for each section run from 0 to 5... zero meaning "not an issue at all, totally acceptable" and five meaning "these people should probably seek counseling from a professional in this area". the caseworkers provide a narrative paragraph with an assessment of us in each area and then there is a final score sheet attached to the end. the score sheet looks kinda like this:

our scores were mostly 2's with an occasional 3 thrown in there for good measure. most of our "3"s had to do with things that we have no control over... alcoholic dad, past trauma, health issues... and it sounds like 2's and 3's are the standard scores... but it can still feel strange to not see all zeros. i mean after all, we are pretty damn close to perfect. *poppin my collar, cough*

there was one category in my review that received a 5 but since it was tied to past trauma.... and since i have done tons of healing and therapy about it... and since my current full time job includes working with survivors... the caseworkers "mitigated" the score down to 2. i was happy to read the part about mitigation but definitely had a moment while we were reviewing the narrative part where i felt like damaged goods. this is pretty common for survivors to feel so i'm pretty used to coaching myself out of the negative self-talk... but still it was hard to see on paper.

also, i couldn't help but feel angry that most of the areas where we received a "3" were areas that involved men. i'm not meaning to sound all man-hating-lesbian (the truth is i'm neither a man-hater or a lesbian)... i just got frustrated to see that my "score" is influenced by the unethical, irresponsible and criminal behavior of men in my life. grr.

all in all... the caseworkers had really great things to say about us both individually and as a family. i was also happy that they only mentioned the gay thing ONCE in the entire report and it was only when talking about the ways that we could support a child who might experience feeling "different". i have been pleasantly surprised with how cool our agency has been when dealing with the whole homo issue.

we were left alone in a conference room to read through the report and i'm sure the people in the adjacent rooms were wondering what we were giggling about. it was just so weird to read other people's clinical assessment of you, your family, your marriage, your home, your dogs, your job and your general personality. i'm pretty sure that M2 wrote my evaluation because she referred to me as "kind", "peaceful" and "gentle" which actually kind of pissed me off given my jersey roots.

ME: omg... she said i'm "gentle"! WTF?
NM: so what?
ME: what?! i'm not gentle! GOD! she makes me sound like warren g!
NM: wait, what?
ME: warren g. regulate. you know, the song.
NM: yes, i know the song. i just don't know what the hell you are talking about.
ME: oh come on... its common knowledge that warren g is a punk bitch. that entire song is about how he got jumped and had to call his friend to come save his ass.
NM: wow. that's an interesting interpretation coming from an educator in the field of gender socialization.
ME: shut up! its true!
NM: well, i'm sure that given the fact that you chose to roll up to the adoption agency today wearing your BRASS KNUCKLES NECKLACE-CHARM, your reputation is intact. not sure about our status as potential adoptive parents though.
ME: puh-leeze! they should count this necklace as a bonus! who in their right mind would want to give a baby to punk ass warren g!
NM: i cant believe i married you.

snookie + bjork = Jersey as a mom.

houston, we have take off...

NM and i met with M1 last week and handed in a draft of our portfolio. on first glance, it seemed that she liked it. at the very least, it didn't make her decide to kick us out of the program so that has to count for something.

we sent a pdf of all 13 pages to various peeps in our world... mom, sister, besties, bff's, etc.... and got lots of awesome and valuable feedback. for folks who are about to start creating a portfolio, i highly recommend that you seek as much feedback as folks are willing to give. after many hours of edits, we have a somewhat finalized version that we plan to hand in on friday.

M1 told us that the average potential birthmom will look at each portfolio for 10-15 seconds before placing it in the aint-no-way-in-hay'el-that-im-givin-my-baby-to-these-people pile or the maybe pile. so, she recommended that we use bold or italics to make some of our key words stand out.

personally, i plan to highlight words like "jersey", "bjork", and "snookie" (yes, all three of those words made their way into our portfolio). while NM will most likely choose sensible words like "loving", "stable" and "responsible". snooze.  example #485 that first-born-children are WAY less exciting than we babies-of-the-family.
Posted by Jersey at 8:39 PM 3 comments: